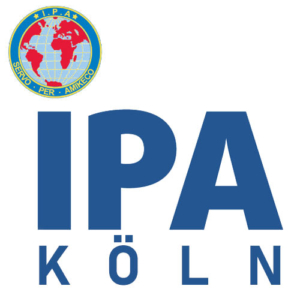 An International Police Association (IPA) member from Section UK, Sussex branch, brought light to the Cologne Carnival in Germany this year by kindly donating a lantern to aid volunteers in their work.

The Carnival in Cologne, Germany, is a huge annual event and culminates with a parade through the city. The parade lasts for about five hours and is watched by about a million people. Organisers often invite performers from carnivals such as Notting Hill, Liverpool and Brazil to pake part. 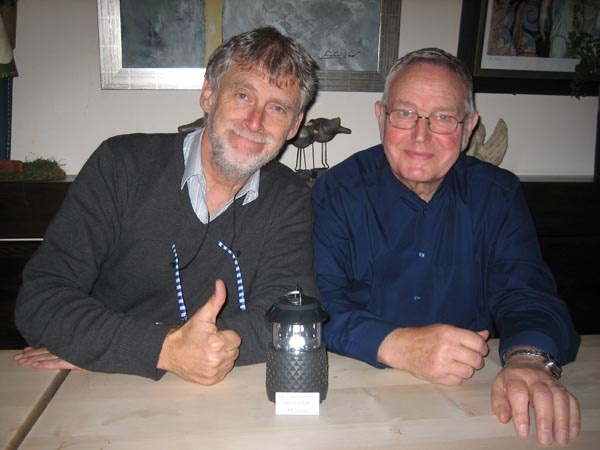 Manfred Riediger, Past Chair of IPA Cologne, and Hemut Burgmann with the lantern

The Carnival period starts on the Thursday before Lent and goes right through until Shrove Tuesday and every year International Police Association (IPA) Cologne branch host members from all over the world.

IPA member Dave Stamp and his wife Caryl have attended a number of carnivals over the last thirty years staying with their friends Helmut and Anneliese Burgmann who live in Hurth – just south west of the city.

During the main parade IPA Koln branch distribute hot fruit punch, beer, soup, sausages, etc to members from a tent which is erected close to the parade’s route. It is staffed by IPA members who work very hard in difficult conditions which become worse as darkness descends.

At the end of the parade the whole city is cleaned and returned to normal in the space of a few hours.

Dave said, „Caryl and I attended this year’s carnival and noticed that the darkness inside the food tent hampered the clearing up operation so we bought them a lantern, suitably engraved, to lighten their darkness.“